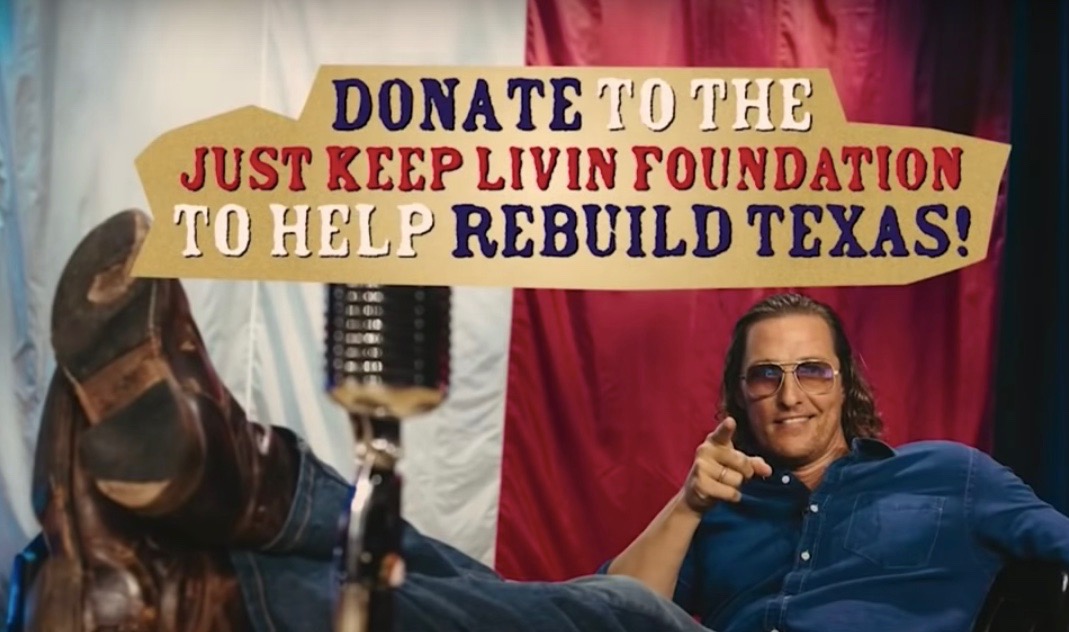 Hollywood Reporter – Matthew McConaughey opened his We’re Texas virtual fundraiser on March 21 by calling it a “jam session of generosity” for which he’d serve as “your guide, your DJ, your friend.”

Behind the scenes, McConaughey did even more than that, booking, co-writing and producing a star-studded two-hour program viewed 1.2 million times on YouTube and raising more than $7.8 million for the Just Keep Livin Texas Relief Fund.