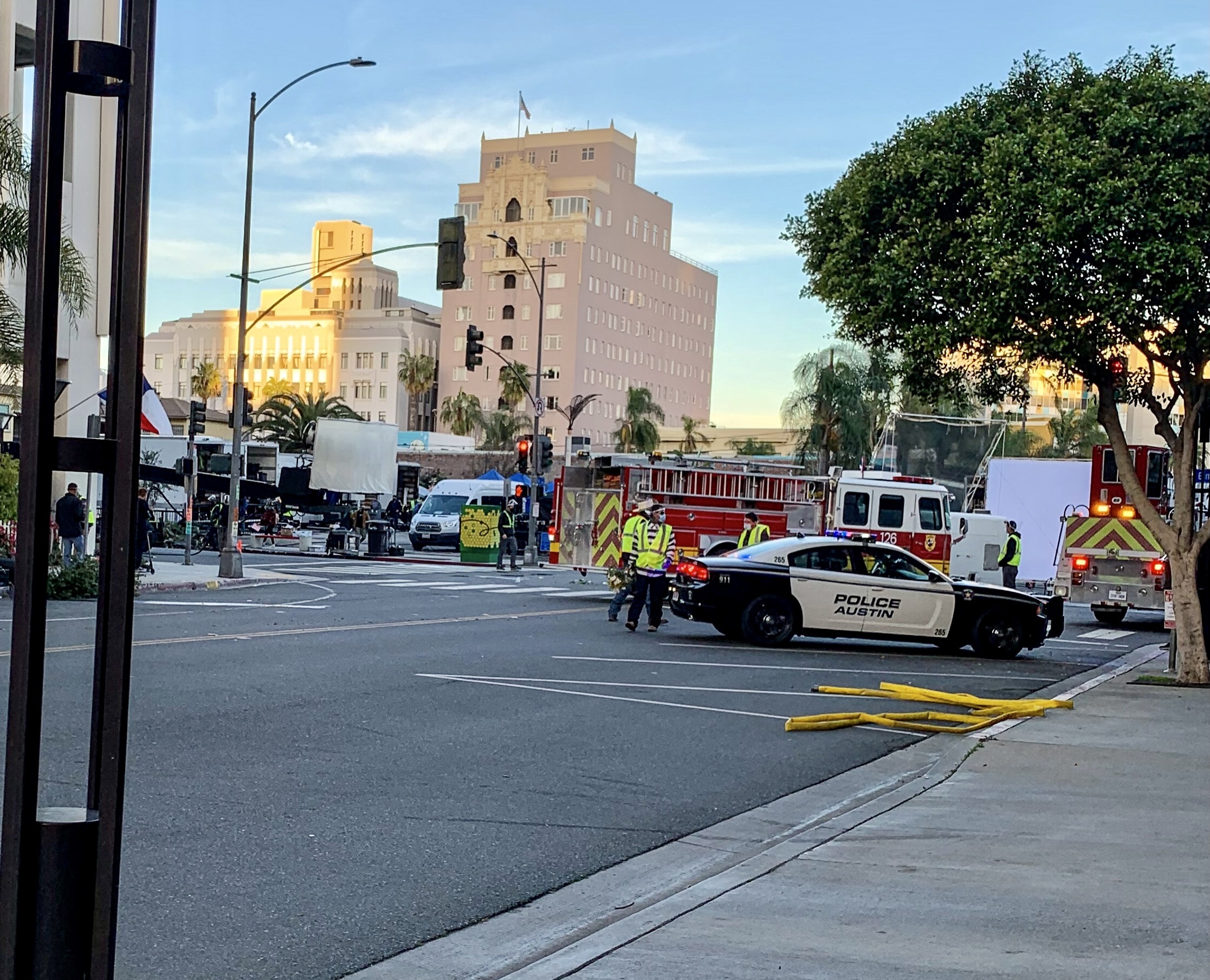 Yep, you read that right. Long Beach, California is the current stand in for Austin on the Fox series 9-1-1: Lone Star. Talk about total opposites.

An ATXgossip pal snapped these pics of vehicles on the scene for filming on Tuesday.

As we previously reported, season one featured only a handful of scenes that were actually shot in Austin. Learn more here.

We have had fun keeping up with the references to the ATX on the series though. Bookmark this post as we’re adding to it each week. The most current episode had the team joining forces with the LA gang from the original 9-1-1 series to fight wildfires near San Angelo.