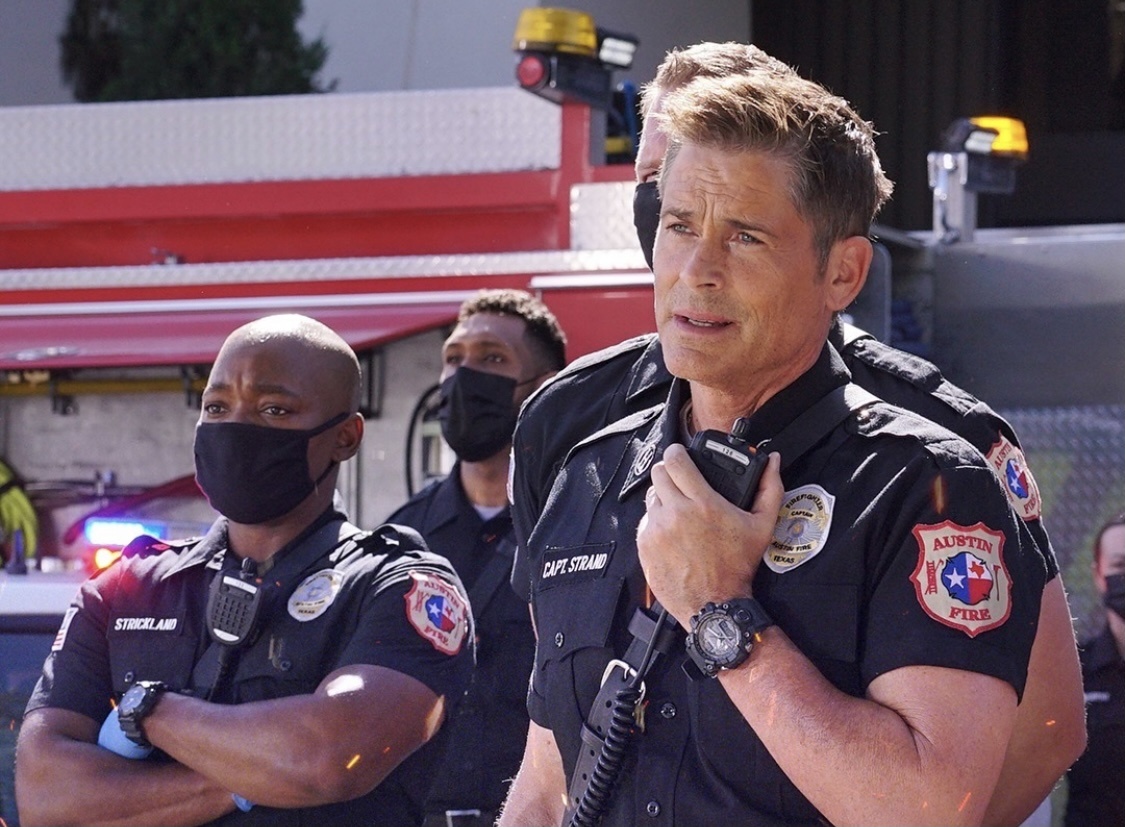 Ok, so you’re probably aware (and a bit pissed off) that the FOX series 9-1-1: Lone Star does not actually shoot in the Lone Star State. But they make A LOT of references to remind you that the series is supposed to take place in Austin.

Here are the ways the writers have attempted to make the show sound authentic.

In the pilot episode, there are references to SXSW, Texas Monthly, barbecue, food trailers and rent prices (my favorite part). Oh, and you’ll spot a FOX 7 Austin vehicle in one scene. There’s even a character at the very beginning who is referred to as Garrity. Which Friday Night Light fans like myself will appreciate.

In episode 6 they mention the “best country club west of the Brazos.” Not sure what club that’s supposed to be. Ashes are spread at Lake Travis, a Longhorns flag is featured in the firehouse, and it’s mentioned that Liv Tyler’s character could not get into Texas State.

The finale has the most Austin specific storyline as birds randomly fall from the sky. This is one of those “ripped from the headlines” storylines – just not a recent one. This actually happened in Austin in 2007.

There’s also a scene at an East Austin Food Park, which is clearly not East Austin, and a mention of Austin Bergstrom. We also see FOX 7 News on a TV.

As I said in a review in early 2020, my biggest concern going into watching this show was would the show feel like Austin… or would it feel like it was written by a bunch of LA posers? Well, it doesn’t totally feel Austin, especially since very few parts of the show were shot here. But, it isn’t THAT bad. In fact, it’s kind of entertaining. Rob Lowe helps, of course.

Season 2 starts with a tank being stolen from a fictional Texas museum so it’s not looking like the season will be much more accurate than the first. But we’ll keep up with the references anyway, just because.

Other references in the season 2 premiere: Texas Roller Derby (and a team called the Austin Annihilators), the bridge with 1.5 million bats, Barton Springs “where all the hippies go topless,” the apocalyptic pollen.

Episode 2 focuses on a dormant volcano becoming active in Pilot Knob. It also features our favorite line yet: “She’s not even an Austin 4. She’s a Waco 4!”

Episode 3 takes place in San Angelo but by episode 4 we’re back in Austin – and back at the roller derby. A kinky 9-1-1 call comes in from Mckamy Drive off 183 and we meet Carlos’s dad who is a Texas Ranger. I wonder if he knows Walker?!