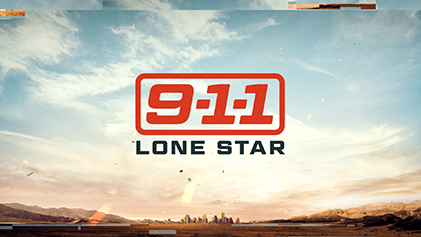 A lot of people have asked me what I thought of 9-1-1: Lone Star, which premieres tonight on Fox.

I’m going to be totally real with y’all and share exactly what I texted to one of my old coworkers.

It was better than I expected. It’s a little heavy because they have a lot of references to 9/11. But, I think the rest of the season is going to be outrageous just like the other show. And that’s what middle America wants. They don’t really care how accurate it is. And they probably think Texas is cliché and ridiculous so even if the show is like that, it will appease that demo. And that demo is who keeps television shows on air.

So yes, for those of you Texans reading this, it is a little cliche on the Texas references. But not as much as I expected. And the only accent that feels over the top in the pilot is Jim Parrack’s. It’s the same accent he used in True Blood. And since he hails from Allen, Texas, I’m guessing that must be how they talk in them there parts.

There are references to SXSW, Texas Monthly and barbecue, food trailers and rent prices (my favorite part), but that’s to be expected. You’ll spot a FOX 7 Austin vehicle in one scene. Oh, there’s also a character at the very beginning who is referred as “Garrity.” Friday Night Lights fans like myself should appreciate that.

My biggest concern going in was would the show feel like Austin… or would it feel like it was written by a bunch of LA posers. Well, it doesn’t totally feel Austin, especially since very few parts of the show were shot here. But, it isn’t that bad. In fact, it’s kind of entertaining. Rob Lowe helps, of course.

And you know what, pilots are rarely as good as the rest of the season. They have to cram a lot of info and set up into that first episode. So, let’s see where it goes. I’ll definitely be watching (for at least the first five episodes).