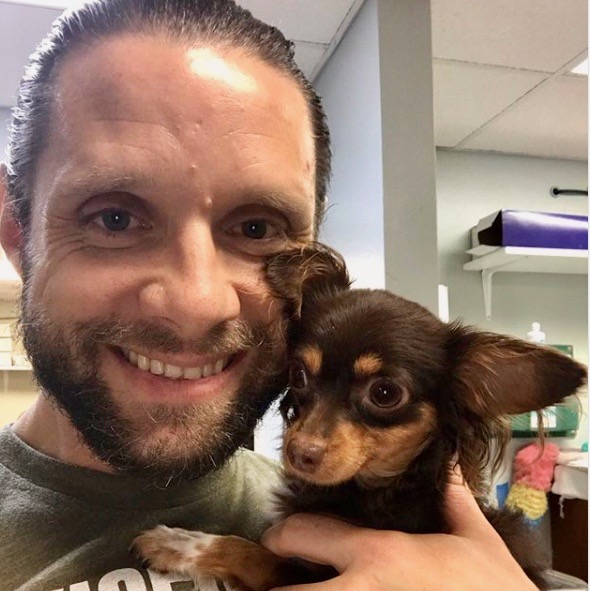 Yo, Angela! Looks like Jonathan, AKA is the boss at Austin Pets Alive.

OK, he’s not ACTUALLY the boss. Danny Pintauro is a vet tech. But you know I had to have a little pun!

In case you missed it, Austin 360 published an article about Who’s the Boss star and Austin resident Danny Pintauro officially becoming a member of the Austin Pets Alive team.

“As a very young kid, this is literally what I wanted to do when I grew up. Even though I was on TV, every summer I would work at this vet office near my house in LA and clean kennels or whatever they would let me do,” Pintauro told Austin 360. “I loved it.”

Soooooooo, i can finally announce my promotion at work! I am now officially a Vet Technician/Pharmacy Technician here at APA. Day Three of training – post spay/neuter surgery recovery technician. #austinpetsalive

The article also states that until a couple of years ago, Pintauro was living in Las Vegas with his husband, William Pintauro-Tabares. When they decided they needed a change, they chose three cities where they would like to relocate and Austin topped the list.

Upon arrival, his husband got a job working at the now-closed resort Travaasa, and Pintauro briefly owned a bonsai tree business.

Now, he’s doing his dream job in a city that makes dreams come true for many of us.

Austin, Pintauro said, is a place where people, and animals, can find a second chance.

You can read the full article here.

Want to read more about celebrities who live in Austin?

Check out these posts: