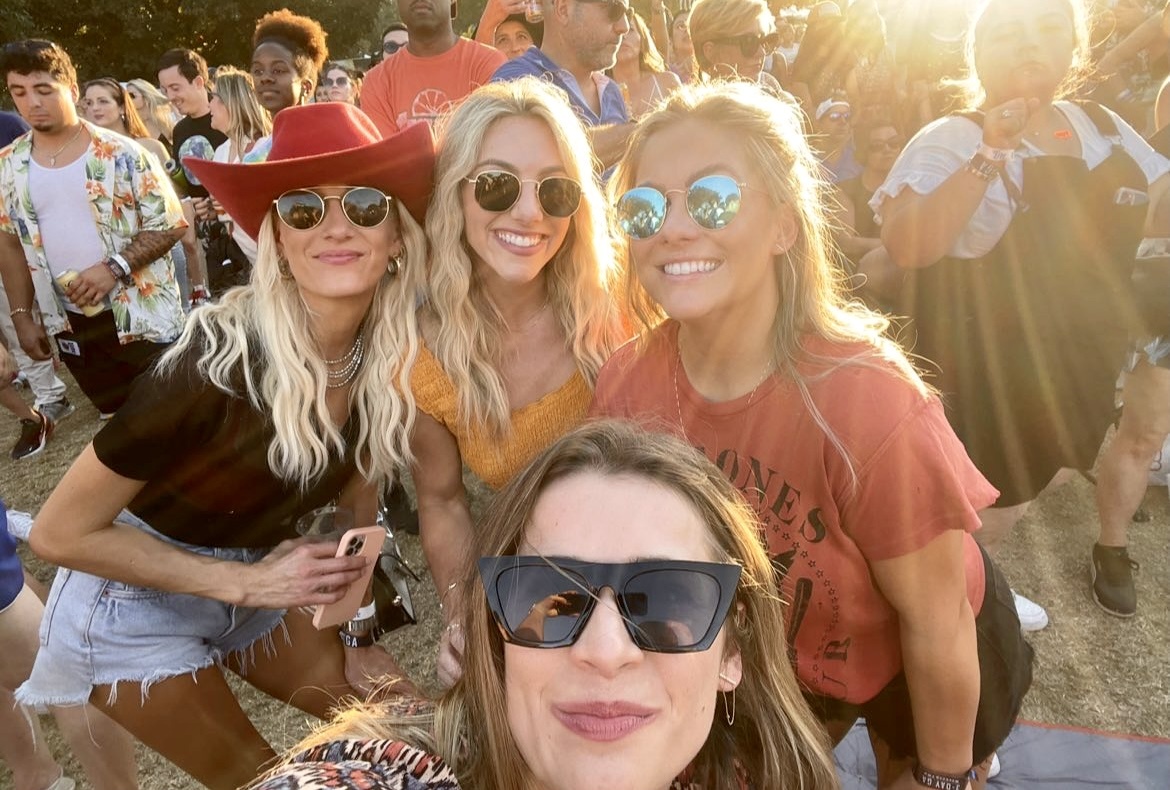 Celebrity sighting was a bit different at ACL Festival 2021. We’re not sure if that’s because of the pandemic, the line-up, or perhaps the weather forecast that claimed it would be extremely wet during weekend one. PS, it was not wet and I wore a rain outfit for NO REASON!

Though we didn’t get the usual Padalecki, Ackles or even McConaughey sightings, we did find a few other famous locals and visitors who attended this year.

Here are all the celebrity sightings at ACL Music Festival 2021 (not including official festival performers).

Best known for Pretty Little Liars, Hale and friends were spotted attending weekend one of the fest. Rumor has it they even partied at the Tito’s VIP area, though sadly, our paths never crossed.

Mendes was spotted at the front of stage during multiple weekend one acts, as well as attending the Red Bull after party.

Austin local Christy Carlson Romano posted about date night with her hubs at the festival during weekend one.

The Fear the Walking Dead star posted video of Billie Eilish during weekend one of the fest.

The Circle season three contestant attended both weekends of the festival, kicking back throughout the day in the Tito’s VIP lounge.

Technically, Goldstein was a “performer” as he took part in a chat with Brene Brown at the Bonus Tracks stage. But since he’s an actor, not a singer, we choose to include him. Also because he’s here, he’s there, he’s every f*cking where…

The olympic athlete, who resides in the ATX, attended weekend one.

The gymnasts met up with fellow Olympians Sam Peszek (who apparently lives in Austin now) and Alicia Sacramone Quinn to enjoy weekend two. The gang posted pics and video from the lake, walking across the Pfluger bridge, dining at Sammie’s Italian Restaurant and even riding in a pedicab.

Duff attended during weekend two and apparently lost her phone. That’s not surprising if it was hanging out of her bag all day like it is in this picture from her IG story.

We didn’t see any posts from these two inside the festival, but both The Bachelorette’s Mike Johnson and Walker star Odette Annable made an appearance outside of the festival gates at the Visible Mobile installation.

These two were spotted dining at Sunlife Organics in Music Row on Tuesday following weekend one. They could’ve been in town for another reason, but we’re assuming they were on their way out of the ATX following the fest.

Did we miss anyone? If so, please drop us a line in the comments below or message us on Facebook or Instagram.