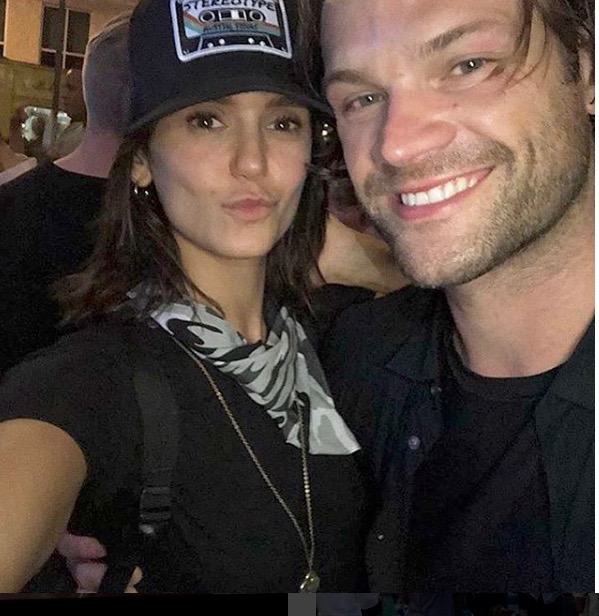 It was like a CW reunion with all the celebrity sightings at ACL Music Festival 2018. In addition to the slew of current and former CW stars, there was also an NBA All Star, a WWE wrestler and, of course, Oscar winner Matthew McConaughey.

Here’s our annual list of celebrity sightings at ACL Music Festival 2018 (not including official festival performers).

No surprise here. Supernatural star Jared Padalecki (who also appeared on Gilmore Girls) and wife Gen attended the fest once again. This time, they brought along son Shep (who Gen featured in a plethora of absolutely adorable pics on her IG story).

Jensen Ackles and wife Danneel are both connected to the CW as well. Jensen currently co-stars with Padalecki on Supernatural while Danneel played Rachel Gatina on One Tree Hill. Not only do the couple reside in the Austin area, they also own Family Business Brewing Co. in Dripping Springs.

The Vampire Diaries actress Nina Dobrev and pals shared all kinds of photos and videos in their stories during weekend one. The trio of gals enjoyed their share of festing as well as hanging at downtown bars like Stereotype and unBARlievable.

The former Gossip Girl star was a part the aforementioned trio of gals.

Though we have no photographic proof of the Houstonite hanging in the ATX, this comment on our IG post suggests that she was at Sterotype on the same evening this picture was snapped.

Where else can you see @disturbed @liltunechi and @metallica all in the same night w/ friends from LA, Cleveland, and Austin? @acltv #AustinCityLimits

Austin’s most famous resident Matthew McConaughey and wife Camilla Alves enjoyed Paul McCartney’s set on Friday night of weekend two. McConaughey was also spotted the following day on the sidelines of yet another UT game.

Did we miss anyone? If so, please drop us a line in the comments below or message us on Facebook or Instagram.