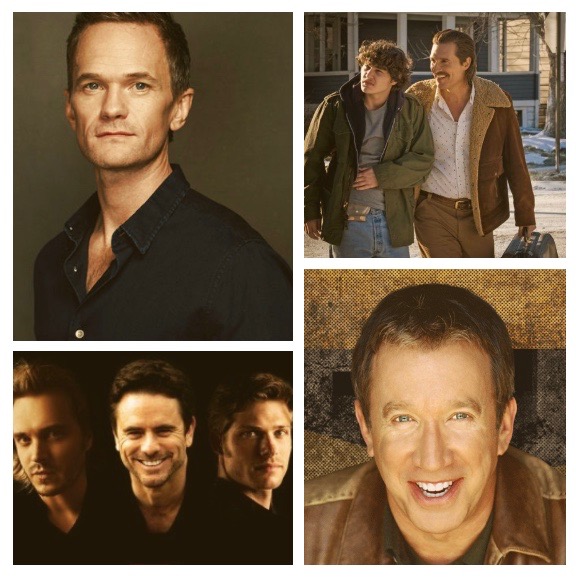 With two festivals / entertainment events happening in Austin this month, the celebrity sightings will be a plenty.

Wizard World Austin, AKA Austin Comic Con, and Fantastic Fest will both be bringing famous faces to the ATX. But that’s not all that’s going down.

As always, determining who counts as a “celeb” is a challenge, so I’ve included anyone featured on a TV show, movie or someone who has reached a level of success in their craft that you may recognize their name or face. May being the operative word. Be sure to click through to get more info on the celeb, venue, show time, etc.

Matthew McConaughey will walk the red carpet and take part in a Q&A following a screening of White Boy Rick at the AFS Cinema on September 13. Event is sold out!

Andy Roddick chats with Roger Federer at a one night only thought-provoking conversation benefiting the Andy Roddick Foundation at The Paramount Theatre. Get tickets here.

You may recognize Ari Shaffir from his Netflix specials or his role in the film Keeping Up With The Joneses. He performs at Cap City Comedy Club. Click here for showtimes and prices.

Jamie Lee Curtis kicks off Fantastic Fest, appearing at the screening of the newest Halloween film.

Tim Allen will be at the Bass Concert Hall. Buy tickets here.

Stars from the hit television show “Nashville” – Charles “Chip” Esten, Jonathan Jackson and Chris Carmack – will perform at the 4th and Goal Gala at ACL Live at the Moody Theater. More info here.

You can details on everyone in attendance here.

Fall Out Boy performs with Machine Gun Kelly at the Erwin Center. Back in the day, Pete Wentz and the boys appeared in a multi-episode arc of the show “One Tree Hill.“  Tickets and more info here.

Kristin Hensley and Jen Smedley’s #IMOMSOHARD online series has grown to over 1.5 million follows across platforms and over 120 million video views. The duo is currently developing a comedy for CBS. Click here for tickets and more info.

Robert Plant will perform two nights at ACL Live at the Moody Theater. Both shows are sold out!

Want to know about more events coming to Austin?