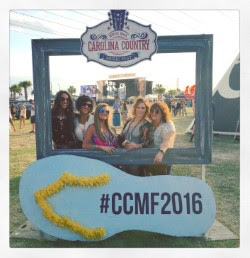 It’s been a couple of weeks now but we’re still going country strong after the Carolina Country Music Festival.

With rocking headlining performances from Keith Urban, Tim McGraw and Florida Georgia Line, there were many good times to be had.

Here are our top 10 moments from the musical weekend in Myrtle Beach.

We first saw Kelsea play a Wounded Warriors event in 2014 that was featured in the season two finale of Southern Charm. Glad to see her continuing to climb the charts.

Speaking of Kelsea, this medley of early 2000’s pop music was way fun. Who doesn’t love a little Brit Brit, N’SYNC and BSB?

#8 – Joe Nichols’ country version of Baby Got Back

My anaconda do want some of this classic performed in any style.

If you follow ATXgossip, you know we love anything and everything connected to Austin, TX. So, the presence of Stubb’s on site handing out samples was a sight for sore eyes.

We watched Jeremy Roberson rock with Carolina based band Villanova back in the day and we couldn’t be happier to see him on this big stage.

Could Chase Rice be any sweeter? We think not.

The final performance of Saturday night was epic. And we don’t use that term loosely.
And with that, Carolina Country Music Festival 2017 can’t come soon enough!