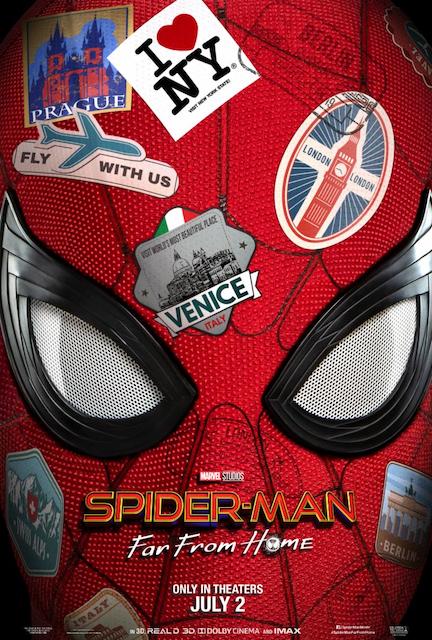 Tom Holland is the perfect friendly neighborhood Spider-Man. But he’s also a super-hero and a superstar.

Holland has officially solidified his role as a leading man with Spider-Man: Far From Home.

As illustrated by the trailer, Tony Stark’s presence is felt in this film. And the Avengers are, of course, referenced. But in no way does it overshadow Peter Parker’s emerging role as a giant in the MCU.

As one headline I saw online said, “Spider-Man: Far From Home is a spectacular leap forward for Peter Parker.”

But he’s not the only thing that shines in this final film in the third phase of Kevin Feige’s MCU.

From newcomers, to those we really only got a glimpse of in Homecoming, to the recurring roles of Sam Jackson’s Nick Fury, Cobie Smulder’s Agent Hill and Jon Favreau’s Happy, every character fits.

And Jake Gyllenhaal is likeable, even when he’s not supposed to be.

What I loved most about this film is that it stays true to the classic Spider-Man from the comics. The jokes are silly but not corny, the references are modern yet classic, the music is fun and lighthearted while still being dramatic and action-packed and Peter is an Avenger but still true to his friendly neighborhood Spider-Man persona. And while the comic book come to life stunt and fight scenes are far-fetched and unbelievable, they aren’t so over-the-top that you find yourself scoffing. Well, except for maybe one.

Oh, and if you aren’t a fan of the other Marvel franchises, you can still enjoy this film, even if you didn’t see Homecoming. You may miss a few insider jokes and references but you’ll be fine. And there’s sure to be a super  fan, somewhere nearby who’ll be more than happy to fill you in.