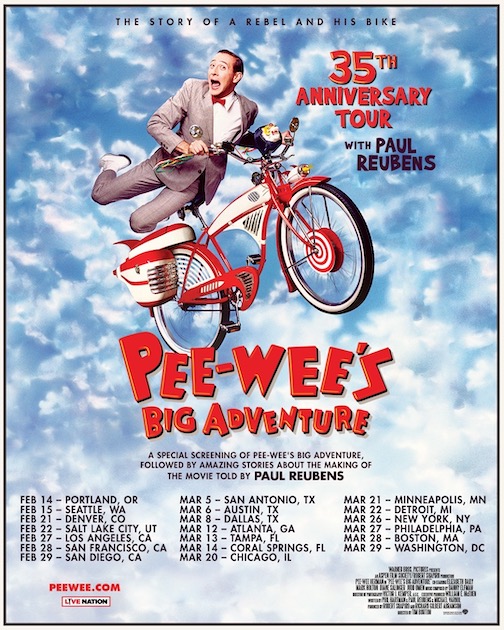 To celebrate the big year, the movie will be making stops in 20 US cities. Oh, yeah. Paul Ruebens, AKA Pee-Wee will be there too sharing stories about making the film.

The Austin screening is happening right before SXSW on March 6, 2020 at ACL Live. Tickets for the general public go on sale Friday, December 13 (though pre-sale starts on Tuesday). Three levels of VIP packages are available which include a ticket as well as a super secret gift, and photo op as well as a signed print. Click here for more info.

The tour kicks off on Valentine’s Day in Portland and wraps up on March 29 in Washington, DC.

And by the way, the Alamo actually has two basements now. Thanks for the education, CBS Austin.