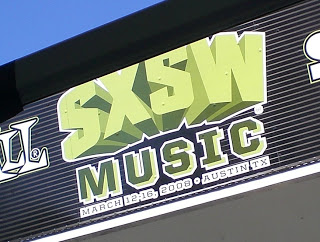 If I See One More Pair of Ankle Boots I’m Going to Shoot Somebody!

Saturday was the perfect example of a day in the life of a celebrity stalker.

Stopped by the Bust Magazine party on Saturday and got a taste of the Grand Ole Party – a kick ass band featuring a female drummer/ lead singer. The GOP was followed by a celeb DJ set by Elijah Wood. FYI – “celebrity guest DJ” actually means “check out what’s in featured celeb’s iPod!” LAME! Though the event was not a total BUST(he he) because my friend and I got quite the kick out of playing “Where’s Frodo” all afternoon. He’s such a wee tiny man it’s easy to lose him in the crowd.

The EastSport Café sponsored by the Ben Jelen foundation at Moonshine was next. Though there were no major star sightings, the featured tequila drinks and down home country eats made the event more than worthwhile – as did the fact that I was able to snag a pass to the Perez Hilton party that evening.

OH, and I heard the North Mississippi Allstars show the night before may be their last as one of the guys is rumored to be taking over the lead slot for the Black Crowes.

Because I was feeling slighted on the celebrity front, I decided to spend the remaining afternoon hours downing extremely high priced martinis at the Four Season (those of you who know me know how partial I am to the FOUR SEASONS!). I encountered some fellow celebrity magnets – I use that term because I like to think celebs are just naturally attracted to us – and we were not disappointed by the featured fare at the Four Seasons.

Here are four reasons for the Four Seasons:

1. A member of ZZ Top – yes, they are still alive and no, he was NOT on a respirator.

2. Cisco Adler/ aka Mischa Barton’s ex – yes, he was wearing skinny black jeans, a t-shirt and fedora and no, his wardrobe does not appear to consist of anything else.

3. Pharrell Williams – formerly of the Neptunes and currently of N.E.R.D. and, for those of you who are not familiar, a Grammy Award winning Producer of the Year who has produced hits for JAY-Z, Gwen Stefani, Britney, JT and many more.

4. Perez Hilton – who is not the nicest man and is apparently now seeking style advice from the Heat Miser.

Though I wasn’t impressed with his personality, Perez’s One Night in Austin party was a BLAST!

Highlights from the star studded musical line up include Robyn, Katy Perry, Dragonette and, of course, N.E.R.D.

BTW – Doesn’t anybody dress to impress anymore? At one point, some guy told me I was the hottest girl in the room and amidst this crowd I actually believed it!

Back in VIP, the celebs were the same ones I had seen earlier in the day – with the addition of Papa Joe Simpson. I’m not sure who the lady by his side was but I know it was not the missus. FYI – rumor has it that some well known tabs are featuring a little piece on his flirty ways. I don’t know if he was partaking in any indiscretion, but the dude just seems like a slime ball. And, no, I didn’t hear him mentioning Jessica’s assets. ICK!

According to Perez’s site, his party was an “EPIC event” and “definitely the talk of all Austin.” I don’t know about all that, but it was a good party and definitely a success for a man who has nothing really to be famous for.

The weekend was capped with a much more pleasant celebrity encounter. Austin based band Meridian West and, Mr. Katherine Heigl himself, Josh Kelley performed at the Men’s Vogue event at the Domain’s Cole Haan store.

What a great guy! We chatted about Atlanta vs. Austin (I previously met him in the ATL and, no surprise here, he likes Austin better) and he joked that selling his new song to some movie soundtrack paid his mortgage. If you have not heard his stuff, I highly recommend.

And that’s that. A rundown of my very first SXSW. Sure not to be my last and , most likely, not the best ever. But it sure was a nice welcome into the celebrity world of the third coast. Until next time…