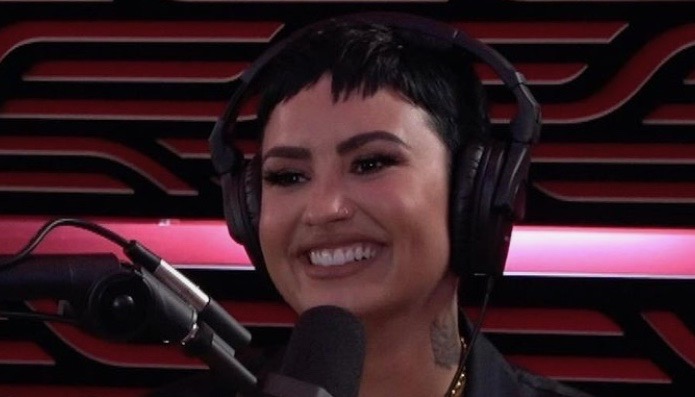 The celebrity sightings and moves to Austin just keep coming. If you’re interested in all of the celebs who live in Austin, check out our master list – which now includes a few of the actors mentioned below.

On March 26, we got a tip that Demi Lovato was spotted in Austin. Her documentary Dancing with the Devil had premiered at SXSW the week prior. Her new album “Dancing with the Devil… the Art of Starting Over” drops on April 2. Turns out she came to Austin to talk about those projects, amongst other things, on The Joe Rogan Experience podcast. While in town, we hear she got yogurt at Orange Leaf in South Park Meadows.

The following day, Odette Annabele (who’s currently starring on the CW’s Walker) posted a picture with Jamie Lynn Sigler. The caption reads, “When one of your besties moves exactly 14 minutes away from you in Texas.”

On Sunday, March 28, Vanessa Lachey posted a pic of herself and hubby Nick Lachey on Lady Bird Lake. The caption reads, “Thank you Austin for letting us mix business and pleasure!” She tagged Netflix and Kinetic Content (the production company behind Love is Blind, Married at First Sight, Little Women and more). According to a follower who comments on our Instagram post, the couple may be filming a Love is Blind spin-off in the ATX.

Back in February, Haylie Duff posted this on Instagram.

We missed it at the time, but we’re following for updates now. You may recall that Duff and her fam were in Austin during the holidays and documented their evening at the Trail of Lights in her IG story.

Finally, in case you missed it, Woody Harrelson took part in the We’re Texas fundraiser and made a comment about the fact that he would be moving to Austin. Read more about that here.

Want more Austin celebrity news? Make sure you’re following us on Instagram and/ or TikTok.