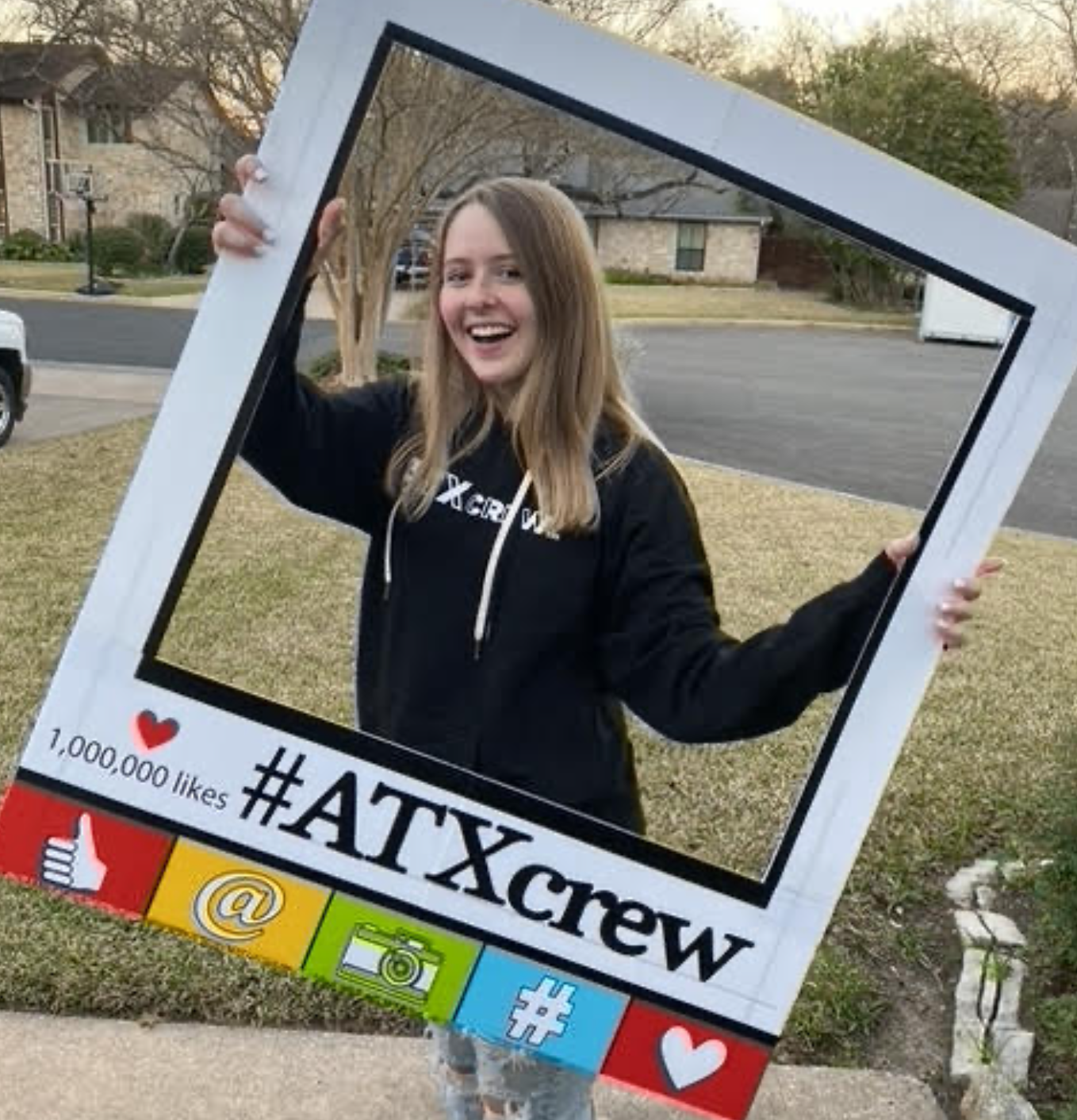 Remember the name Trinity Johnston! The Austin teen is way ahead of the game. She’s already appeared in various short films and theater productions around the ATX (she started acting when she was just five-years-old). And that’s not all! She’s constantly creating content for Youtube and social media which makes sense as her ultimate dream is film school and a career in the industry to follow.

We can’t wait to follow her journey but before we do, let’s get to know the budding star.

We asked Trinity to share some of her favorite things about the Austin entertainment scene!

The Son starring Pierce Brosnan. I was actually in episode one of this show, which was amazing! Pierce Brosnan happens to be a family friend, so being with him on set was very cool!

2. Who is your favorite Austin celebrity?

I actually have two. One is Jordan Elsass, who was on Little Fires Everywhere and is now starring in Superman and Lois on the CW. The other is Liana Ramirez who was in the recent Power Rangers. Both Jordan and Liana are friends of mine and were in a few of my YouTube videos. They are incredible people with kind hearts.

3.  What’s your favorite film that you’ve filmed here in Austin?

Well, I’ve filmed 17 short films in Austin! My last short film called My Soul to Keep would have to be my favorite.  I get to dive deep for this role and I learned a lot about mental illness. The film premieres this fall.

5.  Who would play you in the movie of your life?

I’m only 14, but my favorite actress is Joey King.  I would love for her to play me.

The diversity of the weather. One day it can be sunny, the next day it can snow.  My favorite weird street is South Congress.  I love walking up and down that street with all the amazing restaurants, the “I love you so much” sign, the fun people and the music. Home Slice and Lucky Robot are the best!

I’m working really hard on my YouTube channel right now. There are eight Austin teens who film with me (all actors). We call ourselves the ATXcrew and we started filming during the pandemic and are having a blast. We’ve mainly been filming challenge videos, fun games and vlogs showcasing local Austin businesses. This fall we are doing something new that’s very cool and I can’t wait to share all about it.  Stay tuned because it’s going to be super fun!  I also have my (aforementioned) short film premiering this fall called My Soul to Keep. I’m super excited for everyone to see this psychological thriller.

What a motivated and inspiring young woman! Make sure you follow Trinity on one (or all) of her social channels so you can keep up with her story. She’s definitely one to watch!

Here’s where you can find her:

Want to learn more about working actors in the ATX? Check out these posts!