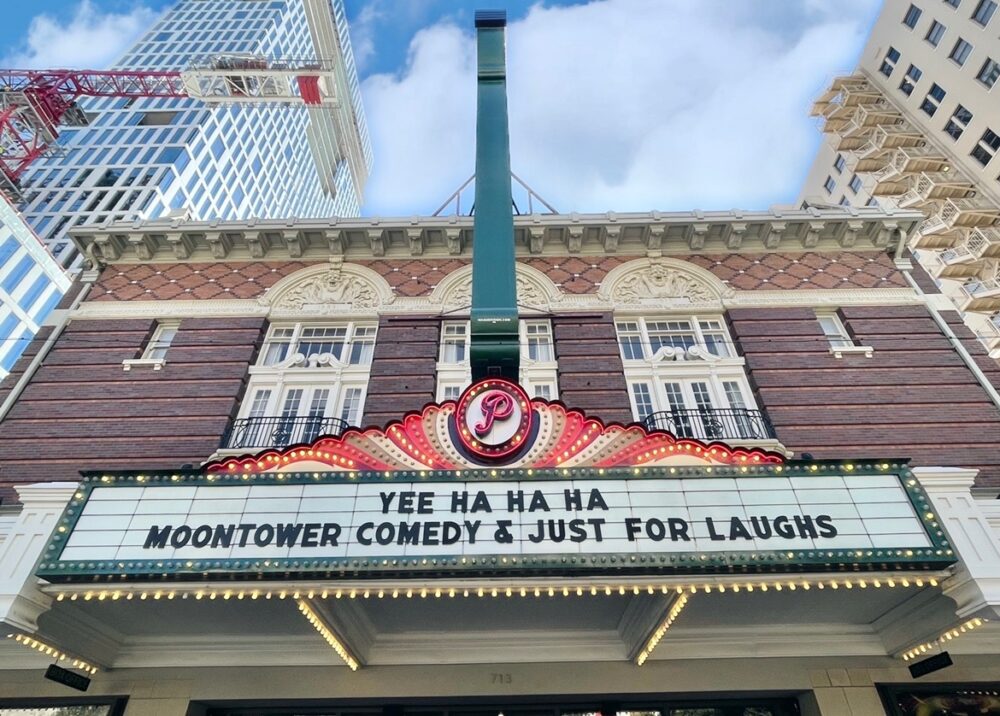 Austin is no stranger to the comedy scene. In fact, the Moontower Comedy Festival is held here each year! Though it usually happens in April, the fest wasn’t able to happen at that time in 2020 nor 2021. But it made a triumphant return in September with four days, 10 venues and over 100 comedians.

Here’s something to really get excited about in 2022! Moontower Comedy Festival is joining forces with Canada’s Just For Laughs to create the largest comedy festival in the US. Not only will the fest be back in April 2022, but it will be extended to 10 days!

Festival time isn’t the only time that you can catch a world famous comedian here in the ATX. It’s no secret that Californians keep moving to Texas, and that includes some of the funniest comedians around.

Let’s start with the first person who comes to mind for most people, as illustrated by comments on our Instagram and TikTok accounts.

During the pandemic, Joe Rogan announced to the world via his notorious podcast that he was making the move to Austin.  While he has called Southern California home for over a decade, he wasn’t shy about his reasons for moving to Austin .  Taxes, gun laws, and a smaller population are all factors to this podcast star’s move.

Rogan is even opening a comedy club at the former location of the One World Theatre on Bee Cave Road. The theater is a convenient 10-minute drive from Rogan’s $14.4 million dollar Westlake Hills mansion.

A common guest and close friend to Rogan, Hinchcliffe followed his buddy to Austin for some of the same reasons.  Best known for his insult comedy style and podcast Kill Tony, Hinchcliffe is loving his Texas time, which includes a new obsession for golf. You can catch him most weeknights at local comedy clubs still rocking his golf getup (pants, polo, the whole thing).

ANOTHER one of Joe Rogan’s comedic friends, Tom Segura and his comedian wife Christina Pazsitzky moved their family out to Austin as well.  This couple was a huge part of the Moontower Comedy Festival! They live taped their podcast Your Mom’s House at Paramount Theatre, Segura performed standup in Spanish at Antone’s, and alongside Christian James Hand, he dissected some of the greatest hip hop songs at Stubbs.

Yes, that Ron White! Well known for the Blue Collar Comedy Tour, this author, actor and stand up comedian also resides in beautiful Austin, Texas.  A fan of Austin since the early 70s, Ron White now has the pleasure of calling the ATX home.

Bonus: SNL featured player Andrew Dismukes is an alum of the University of Texas’s Department of Radio-Television-Film. He got his start in stand-up comedy at East Austin coffee shop Cenote and was runner-up for the Funniest Person in Austin contest in 2016. Read more about him here.

Wondering about other celebrities to call Austin home? Check out our complete list.