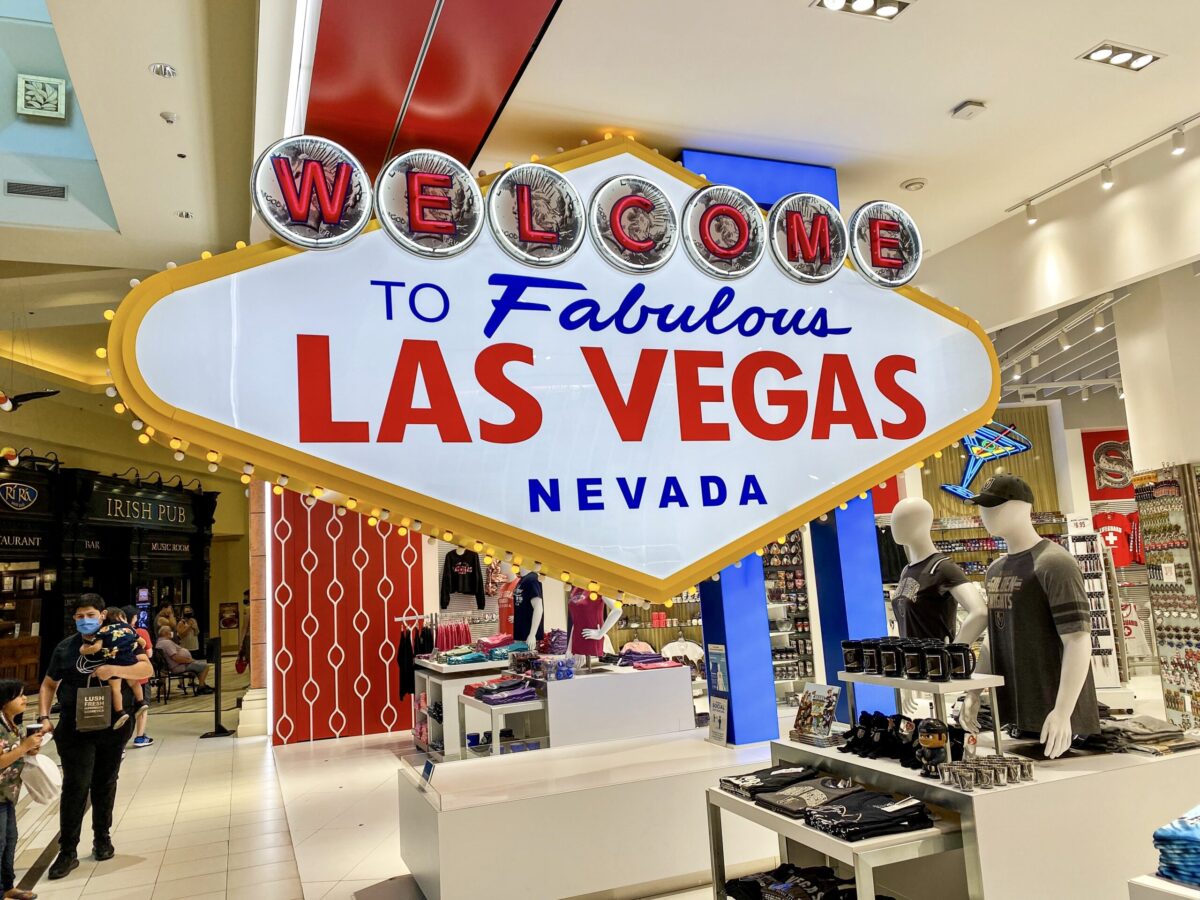 Like most of the best cities in the US, Las Vegas has changed a lot over the years. Many of the famous sites on the strip from classic films sadly no longer exist (though you can find some of the old signs at the Neon Museum). But there are some more modern day filming locations that still stand.

These Are Our Favorite Filming Locations in Las Vegas!

The Flamingo | Viva Las Vegas
Though it looks different than it did back in the day, the classic film Viva Las Vegas starring Elvis and Ann-Margret was shot at the Flamingo pool. If you drive into Vegas for a stay at the hotel, you can find pictures commemorating the film as you enter the hotel from the parking area.

Mandalay Bay | Las Vegas
It was called The Montecito on the NBC series but the casino was actually modeled after Mandalay Bay. Exterior shots were originally of the Monte Carlo but Mandalay Bay became the more memorable locale where CGI was used to change the actual signage to that of the Montecito’s. Though the fictional location in Las Vegas seem to move up and down the strip, the show’s interior scenes were shot on a soundstage in Culver City, California, where production created a replica of the Mandalay Bay.

Caesars | The Hangover
Visit Caesars Palace and you too can ask, “This isn’t the real Caesars palace, is it?” That lobby scene was filmed on location but the ‘villa’ was created on Stage 15 at Warner Bros in Burbank.

Bellagio Fountains | Ocean’s 11
The fountains at the Bellagio have been seen on screen in various ways throughout the years. The most famous of those moments might just be at the end of Ocean’s 11 as the gang celebrates their victorious heist.

Hoover Dam | Fools Rush In
The road over the Hoover Dam played a pivotal role in the film Fools Rush In. But here’s a fun fact: Before the movie was filmed, there was no Arizona/Nevada “border” painted on the highway. When it was added for the movie, local officials decided to keep it intact after the filming. Alas, it didn’t last and is no longer there.

Planet Hollywood | What Happens in Vegas
After a night of wild debauchery which takes them up and down the strip, Ashton Kutcher and Cameron Diaz strike it rich as a newly married couple at the Planet Hollywood Casino. PH is also the site of the four year run of Britney Spear’s Piece of Me show. RIP Piece of Me – and, perhaps, Britney as a performer (FREE BRITNEY!).

Plaza Hotel | Back to the Future II
When Marty returns to an altered reality after traveling to the future, he finds his mom married to Biff and living in his hotel/ casino called, Biff Tannen’s Pleasure Paradise Casino & Hotel! It was actually the Plaza Hotel at the end of Fremont Street. A facade of the clock tower was added over the carport to the hotel to make it look like it was on the Hill Valley town square.

Looking for more fun to be had in LV that won’t cost you big bucks? It’s always entertaining to wander in and out of the casinos to marvel at each spot’s theme and decor. Be sure not the miss the Bellagio Conservatory & Botanical Garden. Each season, the enormously talented Horticulture and Engineering teams transform the 14,000-square-foot Botanical Garden into a showcase of inspiring sights, sounds, scents and colors. Spring, Summer, Fall and Winter are all featured—along with a special display for Lunar New Year. When the seasons change so do the displays.

No first-timer’s visit to Vegas is complete without snapping a picture at the Welcome to Fabulous Las Vegas sign!

If you’re looking to venture off the strip, you can head to one of the famous wedding chapels in town like Graceland Wedding Chapel. It’s recognized around the world as the very first chapel to conduct an Elvis themed ceremony in 1977. Celebrities who married here include Jon Bon Jovi and Billy Ray Cyrus. Though our fave is A Little White Chapel because it’s where Frank Sinatra, Michael Jordan, Demi Moore and Bruce Willis wed. But most famously, it’s where Britney Spears got married for the first time to her childhood friend Jason Alexander.

Another fun non gambling, non drinking activity is to search for street art and other Instagram worthy spots. Here are a few we found during our last Vegas trip.

And last but not least, we definitely recommend visiting Seven Magic Mountains. You do need a car for this one, but it’s worth the trip. Read more about the art installation here.