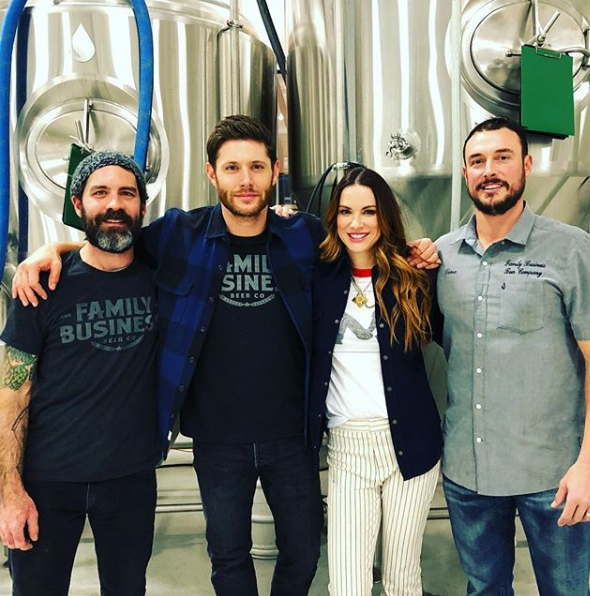 Though Supernatural is currently shooting in Canada, the beer must brew on! Family Business Beer Co. co-owner Jensen Ackles posted this to Instagram on Tuesday.

Been a long time comin…but the @familybusinessbeerco doors finally open tomorrow! So excited. Unfortunately I’ll be in Van working with @jaredpadalecki but want to wish everyone well for an awesome first day. I’ll be there soon. #craftbeer

Super bummed we aren’t in Austin and headed to the opening of @familybusinessbeerco tomorrow! I misspoke on our IG Live thinking we were able to make it to the opening, but sadly we are still out of town. We will be there shortly and can’t wait for all the good times to be had there!! Have a beer or two for us!!! 🍻 I’m craving the IPA! ❤️🍺

The brewery not only offers a variety of craft beers. It also features the Jep’s Southern Roots, a food truck from Duck Dynasty alum Jep Robertson.

Setting up camp. Another whirlwind day of goods to eat and people to meet on Wednesday at the launch of @familybusinessbeerco! Come visit us in Dripping Springs January 10th!!

Located at 19510 Hamilton Pool Rd, just outside of Austin in Dripping Springs, the brewery is owned by Dallas native Ackles and his wife Danneel, brother in law Gino Graul and in-laws Ed and Debbie Graul.

When you check it out, let us know what you think on our ATXgossip Facebook page!