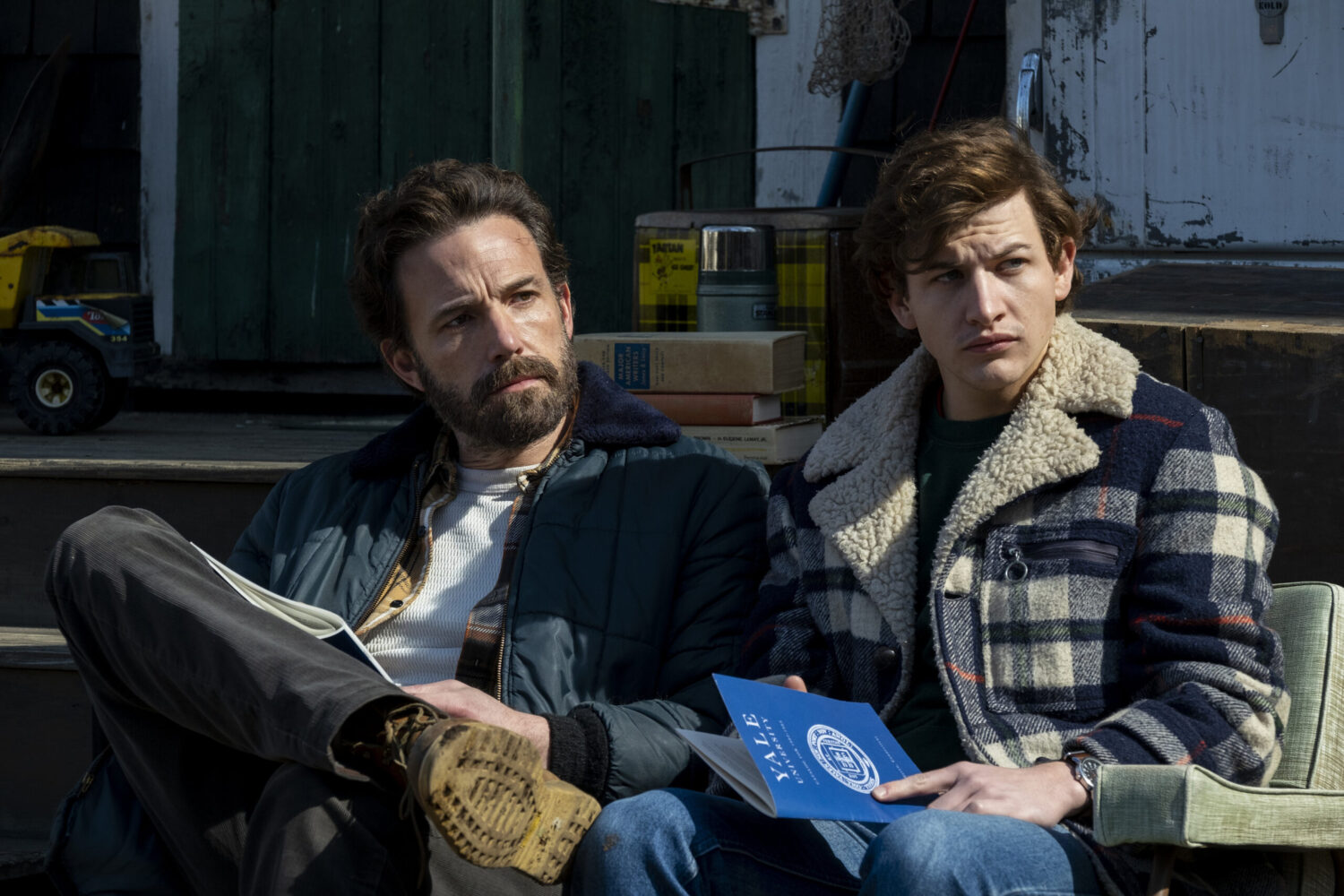 Looking for a film to see in the theater this Christmas? We have the flick for you. The Tender Bar is one to watch!

We were lucky enough to see a sneak preview when it screened at Austin’s Violet Crown Theater in November, with a few special guests in attendance. Stars Tye Sheridan and Lily Rabe took part in a Q&A following the film, moderated by Jeff Nichols.

You may recognize Nichols’ name as the writer/ director of Mud, Midnight Special and Loving. He’s also an Austinite – as is Sheridan, who’s best known as the star of Ready Player One. He’s also plays the young Scott Summers/ Cyclops in X-Men: Apocalypse and Dark Phoenix. Fun fact: the older Scott Summers is played by fellow Austinite James Marsden.

Now let’s talk about the real reason we’re here: The Tender Bar. It’s been a long time since I thoroughly enjoyed a film. Especially a film with an original script. A film with a story that could keep me entertained from beginning to end – not checking the time, looking for a break or wanting to pull out my phone. But this film did just that and it reminded why I love storytelling.

This is a coming of age memoir based on a true story of a common American upbringing. The character struggles with issues like an absent father, a lower class upbringing and confusion over what to do with his life. Sounds pretty normal, right? And that’s what makes this film so good. There’s no supernatural storyline, no dream sequence, no CGI, not even an incredibly traumatic event. It’s just a good script, acted and directed superbly. Oh, and in case you aren’t aware, that director is the one and only George Clooney.

The film also stars is Ben Affleck as the main character’s uncle. This is the kind of role Ben Affleck was made to play. A straight talking guy’s guy bartending in New England. I’m not saying Ben can’t play other roles. But for me, he’s most believable like this. I truly believe he is this guy. Not only does he bring realism to the role, but he also brings a lot of heart. That’s nice to see because, quite honestly, Affleck isn’t always likeable. Ammiright?!

But you know what’s likeable? This movie! I highly recommend The Tender Bar. It will fill you with the kind of emotion I think we’ve all been waiting for – and there’s no better time for a feel good flick. Add this one to your Christmas list!

The film opens nationwide on December 22 and will be available for streaming via Amazon Prime Video on January 7.