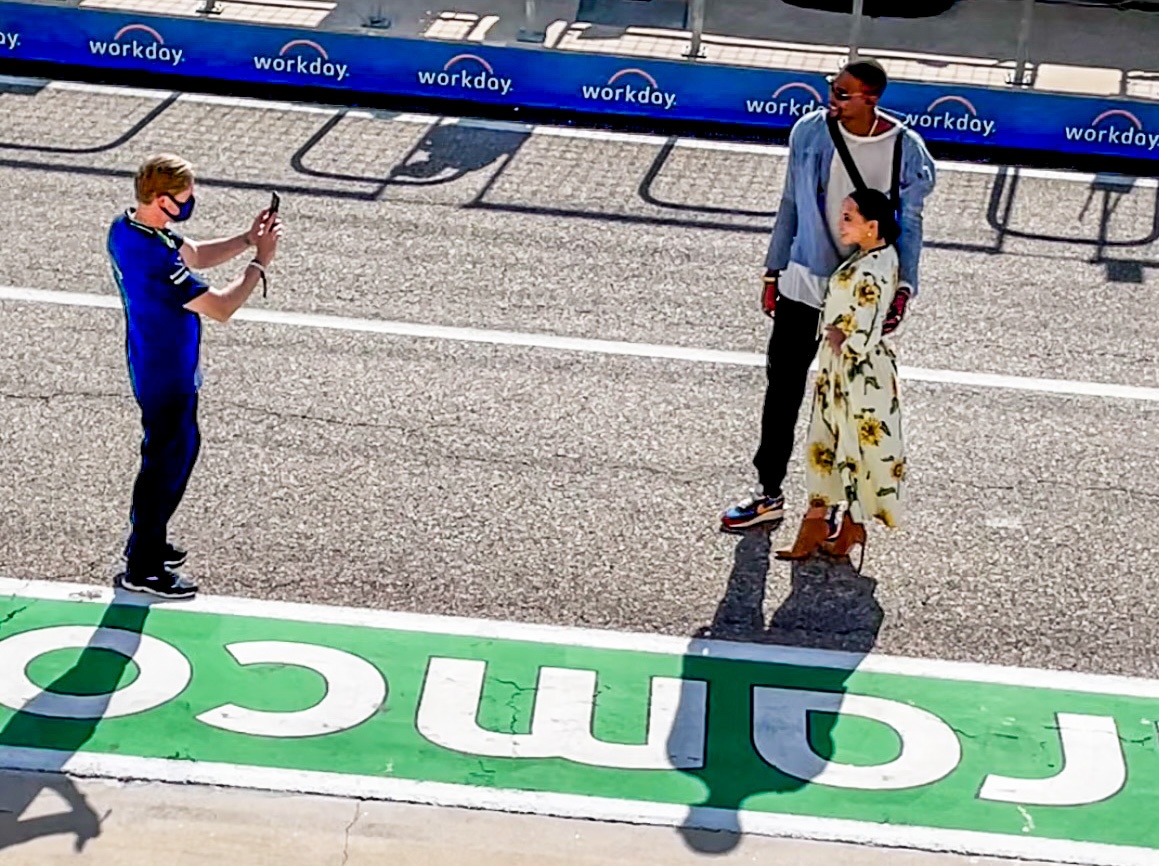 It was a star studded weekend at the USGP F1 race in Austin. Even as Covid-19 is still affecting travel for some, others are more than willing to make the trip across country (and even over seas) to attend marquee events like this one. From actors, musicians, sports stars and more, there were lots of famous faces to be seen around Austin in October (see who attended ACL Music Festival here).

Here are the celebrities who were spotted at F1 Race Weekend in Austin!

Ben Stiller was all over the pits, chatting with Daniel Ricciardo (who posed for pics with fans pre-race at Cooper’s BBQ and Stubbs), laughing with Lewis Hamilton and the Red Bull gang, even doing a partial Blue Steel pose with the Ferrari crew.

No stranger to the USGP, Chicago Fire star Taylor Kinney has probably been at every Austin race. He’s at least attended since 2016.

Speaking of Visible Mobile, yours truly also attended as their guest. The the first all-digital wireless service in the US is making a splash in Austin where they also sponsored a pop-up outside of ACL.

Walker star Odette Annable was actually at that ACL pop-up, riding the mechanical bull. She also attended the race on Sunday, posing for this pic with Tobin, her pal and fellow Austinite.

Model Winnie Harlowe attended the race in support of the Puma Motorsport team which is a part of the women’s racing series.

Kristen Bell, Dax Shepard and friends (including Ryan Hansen) posted pics around the Austin area all weekend long and attended the race as guests of McLaren on Sunday.

Houston native Megan Thee Stallion posed with the Red Bull crew and sported an outfit and nails brought to you by Cash App. She, and/ or her “people,” also had a not so pleasant run in with F1 commentator Martin Brundle whose encounter with the rapper went viral.

Fellow rapper Burna Boy called Sunday “the best day” on his Instagram post, which includes a video of him posing in front of Lewis Hamilton just before the green flag dropped.

Golfer Rory McIlroy was snapped chatting with the Aston Martin team. He also waved to us when walking past the sponsor suite of the paddock club (NBD). We also spotted Chris Bosh and Danica Patrick. Serena Williams and her hubby were also on site (earlier in the weekend they were spotted shopping at Tecovas).

The official F1 Instagram account included this pic of local James Marsden in a carousel of celebs at the track. He was also spotted dining at Aba on Friday with an incognito Renee Zellweger.

Prior to the start of race weekend, it was announced that Shaq, AKA DJ Diesel, would DJ a set after the race. But we were not aware he would be awarding the trophy to the winner of the race.

Last but not least, Star Wars creator himself George Lucas was at COTA on Sunday as well.

Want more celebrities at F1? Check out these posts from years past: