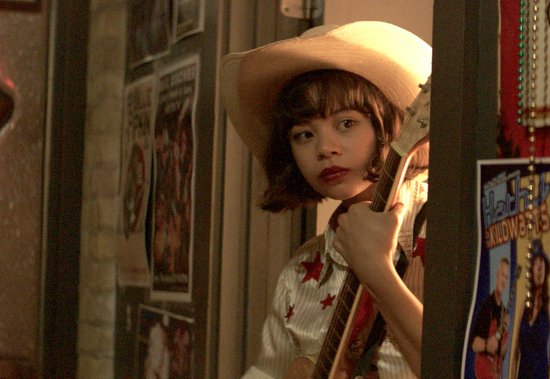 We don’t know about you, but we haven’t even fully recovered from ACL Music Fest. But it’s time to push on because the Austin Film Fest is here!

Though there are some major motion pictures making debuts at the fest (The Two Popes, Motherless Brooklyn, Ford Vs. Ferrari, Just Mercy), there are also some very Austin-centric Totally Texan projects screening over the week long event.

Here are the Austin connections to the films and other events happening at the Austin Film Fest.

Former UT Professor and a Golden Palm winner, Mitko Panov, comes to Austin with his latest film. The complex pan-European coproduction, supported by EURIMAGES-the Council of Europe, features the last lead role performance of one of Europe’s most celebrated actors, Bruno Ganz, whose last appearance is in A Hidden Life by Terrence Malick, also screening at the AFF.

The film replays on Tuesday, October 29 at Galaxy Highland Theater at 6:15 p.m.

Creators, filmmakers, panels, films, parties and more! We are excited to welcome We Are Austin on Friday, October 26 for a live show at Stephen F’s Bar! Be a member of the LIVE audience as Trevor Scott & Taylor Ellison interview special guests: Hannah Leder (writer/director The Planters), Zak Hilditch (writer/director Rattlesnake), and Jon Cozart (filmmaker/musician/content creator PAINT) from the Festival & Conference!

UT-Austin Film School alum, Andrew Krakower is debuting Yarne, a story about young Buddhist monks, which Richard Gere calls, “touching, moving and utterly authentic.” Screening as part of the Everything is Shorter in Texas Shorts Program, Yarne is about best-friend child monks who bitterly disagree on how to spend their donations earned during the six weeks of Yarne when Buddhist monks must remain within the monastery walls. The fault lines in their friendship – and themselves – are exposed as ancient values and rituals are juxtaposed against today’s modern influences of money-making, Coca-Cola and smart phones.

The short replays on Tuesday, October 29 at the Rollins Theatre at 6:30 p.m.

Every hot tub story begins with the pursuit of the ultimate relaxation and ends in our most vulnerable state, bringing us somewhere we never expected. Shot in Austin with an all Austin based cast and produced by Onion Creek Productions, Hot Tub screens as part of the Everything is Shorter in Texas Shorts Program. Presented By The Texas Film Commission.

The short replays on Tuesday, October 29 at the Rollins Theatre at 6:30 p.m.

The Cinco (the five families of barbecue) is a satirical look at the bizarre struggles of a non-violent mafia tethered to meat, as five houses vie for bell cow status. Though the heartbeat of the series will be the barbecue fronts of each eccentric family, every episode will be contrasted against something bigger than mouthwatering short ribs, perfectly balanced pinto beans and butcher paper plates. The Cinco is a sprawling look at Texas, highlighting the dichotomy between its big business boomtowns and the explosion of money seeping into its wide-open spaces.

Last Looks finds two of Austin’s finest actors, Guy Swanson and Derrick Araby, dazed and confused and living as roommates as they close in on their 5th decade on the planet. At its core the show dives into what it means to have never given up on your dreams, while having very, very little to show for it. These guys are in the third act of their lives without having the chance or good fortune to have been appreciated in the first two acts. And in this last chapter of their careers, they stare down the question: what happens if you’re not even a late bloomer?

Indie drama, A Room Full of Nothing, from native Texas filmmakers Duncan Coe and Elena Weinberg takes place in Central Texas and was shot in the area last year, mainly in Austin. The cast and crew are all Texas-bred! The film is a sardonic look at the life of artists when they’re fed up with the world around them.

UT Austin alum Jon Cozart, takes part in this Writers Conference panel. Jon is a filmmaker and musical comedian who’s spent over a decade in the online video space, specializing in irreverent acapella comedy songs. He’s garnered 4.5 million YouTube subscribers and 450 million views on his channel, PAINT, with only 40 videos to his name.

Episode 1 of “Mayberry Texas, a KXAN Investigation will screen before the shorts program. This investigation uncovers possible police missteps in a small town’s 20-year-old missing persons case. It also reveals shortfalls in the way Texas tackles such cases and prompts a state lawmaker’s promise to improve the system. Josh Hinkle, Director of Investigations & Innovation will be in attendance to say a few words.

Adapted from the novel by Austin author Marci Henna, When We Last Spoke makes its Texas premiere at the Austin Film Festival.  Dubbed as a “feel good” narrative feature, this official selection showcases Cloris Leachman, Melissa Gilbert, Corbin Bernsen, Darby Camp and Chandler Head. The film is filled with humor, heartbreak and triumph, all served with whipped cream and lots of local nuts in a heartwarming tale of family, friendship and forgiveness.

The film replays on Monday at 3:15 p.m. at Highland Galaxy Theater.

Based on real events, from visionary writer-director and Austinite Terrence Malick, A Hidden
Life is the story of an unsung hero, Franz Jägerstätter, who refused to fight for the
Nazis in World War II. When the Austrian peasant farmer is faced with the threat of
execution for treason, it is his unwavering faith and his love for his wife Fani and
children that keeps his spirit alive.

Rose, an undocumented 17 year old Filipina, dreams of one day leaving her small
Texas town to pursue her country music dreams. Her world is shattered when her
mom suddenly gets picked up by Immigration and Customs Enforcement. Rose,
facing this new realty, is forced to flee the scene, leaving behind the only life she
knows, and embarks on a journey of self-discovery as she searches for a new home
in the honky-tonk world of Austin, Texas. The film co-stars Austin musician Dale Watson.