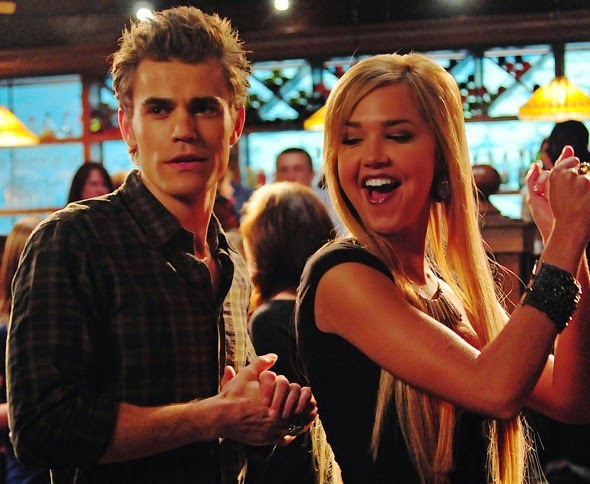 The ATX Television Festival is almost here and we’re continuing to help you get to know the peeps involved.

This time, I give you Arielle Kebbel.

Kebbel is on the ATX Fest advisory board and will take part in screenings and panels of The Vampire Diaries, Audrey and Life Unexpected. She has starred in a myriad of TV and film projects including 90210, Think Like a Man, John Tucker Must Die and Gilmore Girls.

The ATX Festival is a celebration of the small screen. It’ll have the look and feel of a film festival, but instead of movies, it features “classic shows, never aired pilots, cancelled too soon series, cult favorites, current hits and premieres of new series.” And, BTW, it’s not too late to get tickets!

Here’s how Arielle Kebbel answered our 10 questions about the fest.

Arielle, where do you call home?

“Where the heart is.”

What are you most looking forward to experiencing in Austin?

What’s your favorite TV show of all time?

What are your favorite shows on TV right now?

What’s your favorite Texas based movie or TV show?

If you had to choose another profession, what would it be?

What reality show would you appear on?

“Dancing with the Stars.”

What do you like to do in your time off?

“Create my own charity.”

What one word best describes you?

The ATX Television Festival is happening June 1-3 in Austin, Texas.