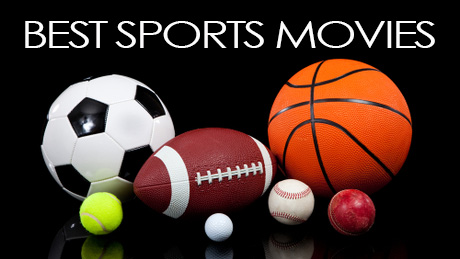 In honor of the 2018 Winter Olympics in Pyeongchang, not to be confused with PF Chang (good one, WLS), we’re throwing it back to this 10 best sports movies post.

A few years back, we tackled the difficult task of narrowing down the best sports movies to just 10. As you can imagine, this was not an easy one as this list could have included 50 films.

And, as I reflect on our choices now, with the winter Olympics top of mind, the list is seriously lacking one fantastic film. Take a peek at what DID make the list and then let me know what you think is missing.

Since this was posted as a vlog entry (and ain’t nobody got time for that), I’ve listed out the choices below the video link, with one highlight from our discussion on why each pick made the master list. These are in no particular order, btw. Narrowing to 10 was hard enough. Ranking those 10 deemed much too daunting.

Here are the 10 best sports movies.

“The slow clap at the end, yelling his name, he gets the one play… no Goonies, no Hobbit moment, (Sean Astin) will always be Rudy to me.”

“I’ve seen it numerous times and it still gets me. Based on a true story, it has statements about the times and it’s more than just football.”

“It was a fun movie, a fun cast and fun to watch.”

“Again, a movie that makes a statement about the times… It’s a great film and the acting is awesome.”

“It’s the epitome of the best parts of being a child in the summer.”

“There is yet another historical factor to this movie, which apparently is key for me.”

“I just love that they picked this kind of obscure person in history that only those who are die hard about running would know and made a really great story out of it.”

“I seriously absolutely love this movie. HBO, it’s crazy that their stuff can be better than big screen stuff.”

“Ranks on a lot of people’s lists as one of the best sports movies of all time… Again, it’s a historical story that’s a sign of the times.”

So there you have it. A list that’s glaringly missing some amazing movies.

Was your favorite sports flick omitted? Tell us about it in the comments below.

Need another sports fix? Click here to read about the top 5 sports movies made in Texas.