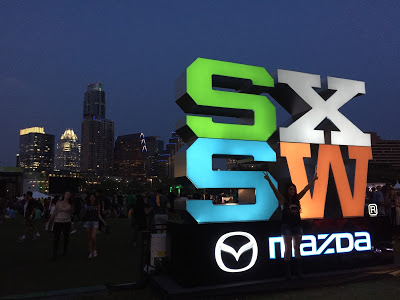 It’s been a week and we’ve finally recovered from SXSW 2016… we think.
What a whirlwind!
If you followed us on Instagram, you know we had an absolute killer time. Which made it difficult to pick just 10 of our favorite moments.
But, just like the OJ Simpson jury, we’re prepared to examine all the evidence and make a decision (we may or may not have reasonable doubt).
The fact is, it was a fabulous fest, and we’ve determined these moments to be the best of SXSW.

When it comes to Kendra Scott, it always fits. We attended the jewelry designer’s open house and private event where we sipped on Sofia minis, snacked on AustiNuts and spun a prize wheel for free KS swag.
We also cross examined Kendra on the red carpet at the Texas Film Awards and asked some tough questions about Texas.

We object to cleansing. We do not, however, object to this film. It’s odd, but entertaining.
Chatting up stars Johnny Galecki and Kyle Gallner was an added bonus.

What’s the statute of limitations for approaching a celebrity like a fan girl at the Four Seasons? We’re guessing about five years. At least that’s how long it’s been since we previously committed this offense.

When we saw McBride chatting with pals at the bar we couldn’t resist talking to the Vice Principals star about shooting in Charleston, SC. As with the residents of the friendliest city in America, he couldn’t have been sweeter.

#7 – FYI BiteClub featuring Torchy’s Tacos, Voodoo Donuts and my face in a latte.

We are 100% guilty… of eating our faces off at this event.

#6 – Gabbing with Ryan and Ethan Hawke

After we witnessed a reporter on the red carpet debating the sexuality of Ethan Hawke based on his wife’s unisex name, we couldn’t pass up the chance to relay the story to the couple.
Come to find out, it happens all the time and the actor confuses people even more by referring to his wife as his partner.
Well played, sir.

Multiple stars stopped by the Banger’s events throughout the film portion of the fest, including Danny McBride, Keegan Michael Key, Patrick Fugit, the cast of Silicon Valley and Tatiana Maslaney.

When Jake Gyllenhaal arrived, he was so close he practically brushed our breastes’ as we walked by. Had that happened, we would not object.

We’d like to petition the court for more Tom Cullen next year.

We’ll attempt to avoid a temporary restraining order.
But no promises.

#3 – You Me Her screening and cast interview

We’d also like to make a formal plea that you watch You Me Her.
The Audience Network series is superb. And star Greg Poehler is a doll.

#2 – Rocking out with Austin’s own Dale Watson, Bob Schneider and Ghostland Observatory

The only thing that could have made these performances better was a line of dancing Itos.
When your hometown bands are this hot, it really raises the bar on your musical expectations.

OK, so technically, the Texas Film Awards are not a part of SXSW. They are, however, the unofficial start of SXSW so, we’re counting it. You’re welcome to appeal this decision.
Interviewing Carol Burnett wasn’t just the highlight of the week, it’s a highlight of the century.